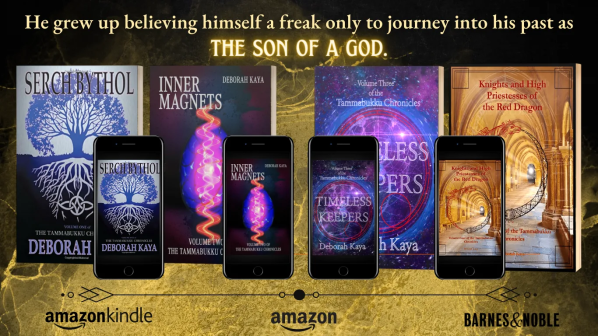 THE TAMMABUKKU CHRONICLES is the quantum mystical quintet recording the past and future Tammabukku and its core initiates, whose oath not even death could break.  As with the first three volumes, KNIGHTS AND HIGH PRIESTESSES OF THE RED DRAGON shifts from the immediate present, the past present and the future present and is set against the collapse of Roman Britain and the bitter war between the Druids and Romans. The epic volume will be available June 17, 2022 on Amazon, in honor of Deborah and Kaya’s mother and grandmother, Patricia Peck, whose birthday was on that day in 1930.

The six major characters traverse the multiverse through time travel, rebirth and teleportation to be together and ease one another’s burdens in carrying the mantle of Tammabukku and coming to terms with who they once were and who they strive to be. The quintet is paradoxical in that it celebrates the esoteric while also revering the sacred mundane. Its themes of reincarnation, time travel, the multiverse, parallel worlds, the nonexistence of time and the infinite power for good that exists in humanity, are seamlessly woven together into timeless love stories, not only of lovers, but families, beloved friends and the eternal bond of our primordial soul tribe. The heart-wrenching story of Lamagir and Angharat, two of many beings we know as Adam and Eve, and their struggle to fulfill their mission in this barbarous world and reunite their broken tribe, is the ultimate testament to the reality that love is indeed the most powerful force in the Universe. 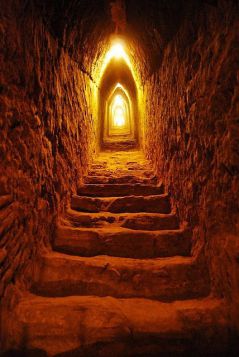 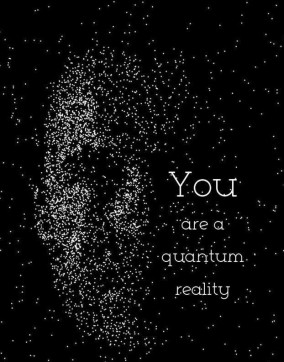