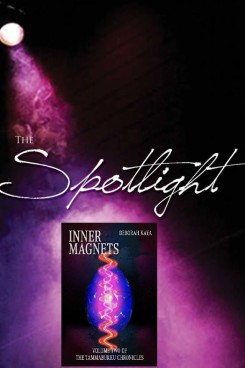 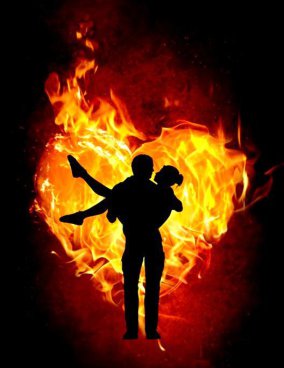 INNER MAGNETS is a tapestry of love and the path of destiny which takes place in modern-day Yorkshire, New York City, Russia, Edwardian and World War I England and Ancient Roman Britain. The main characters walk myriad roads, time-traveling in parallel universes.

David Pierson is left bereft after the disappearance of the girl he was led to believe was his twin flame’s ghost. He becomes bitter at what he deems as her deception when he discovers she is reincarnated in his time and place.

His fusion band Oblivion, rises to the top of the music industry pantheon, but wealth and fame are not enough for David. When he purchases Beak’s End, the dreaded and long-abandoned Georgian manor house next door, his destiny begins to unfold.

David’s journey to ascension is an arduous one that among other things includes reconciling his two great loves: Lia Bailey, the reborn Cecilia Ley and Occultist Ambrose de Ripariis, the man he calls his eternal brother. When Ambrose time travels from 1899 to Beak’s End’s hidden room, the soon to be married David and Lia are handed the keys to the multiverse.

Beak’s End has a secret that has been locked behind a mirror for two-hundred years. As David and Lia learn to navigate dimensions and time, details of other past existences begin to surface, including the one at the epicenter of their souls’ history, the lifetime of Tammabukku in Ancient Roman Britain.

Why does Beak’s End contain a shrine to the Tuatha de Danann? One by one, the answers start falling into place. David’s soul learns that his love for his twin flame and spirit twin can co-exist, and that Lia and Ambrose have an illustrious history of their own.

In the epic climax of INNER MAGNETS, David and Lia are trapped in 1901 London by a wicked reptilian agent of their ancient foe Beletum, assisted by Ambrose’s nemesis, rival Occultist Malachi Cummings, who wants to ensure that Ambrose’s legacy is forever destroyed.

This second installment of the epic series not only picks where the first book left off, but it plunges you even deeper into the riveting intertwined dramatic plotlines of its major characters, with resultant emboldening of their psychological makeup and complex motivations. If you are just picking up this book for the first time, I urge you strongly to read the first volume, “Serch Bythol”. Although “Inner Magnets” stands strongly on its own, with the background story it becomes even more profound and touching. I have received vigorous education in the Great Books offered by St. John’s College, and I have learned to recognize excellent literature when I see it, and this is it. I am so moved and impressed!

Although the plot is complex and intertwined, it is by no means nonsensical and it resolves wonderfully into a coherent ending. Protagonist David Pierson travels across time and reunites with his twin flame as well as his eternal brother, Ambrose de Ripariis. The book has supernatural, mysterious, and time travel elements, but is very hard to pin down into a single genre. The pages peel off as one strives to uncover more about these characters and their fates.

⭐⭐⭐⭐⭐Deborah Kaya has written another spell-binding book in her series ...

With “Inner Magnets”, Deborah Kaya has written another spell-binding book in her series. When you think you know what's going to happen as you read the well-crafted chapters, you will be surprised to discover the unexpected. Traversing this multidimensional journey will lift readers off the ground and free them from the common, mundane confines and limitations of earthly rudimentary behavior. 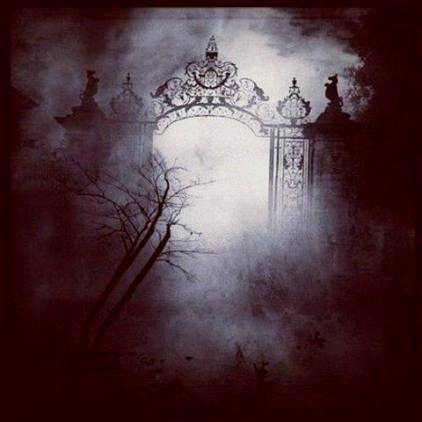 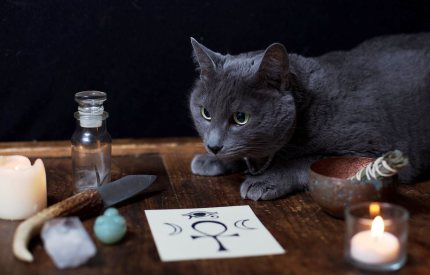